Learn techniques and strategies for publishing in transformative ground-breaking journals with Dr. Lewis Collins, Editor-in-Chief of One Earth (a Cell Press journal). Dr. Collins will share tips on developing your papers for ground-breaking publications, elaborate on his experience of working with researchers and authors throughout the research publishing cycle and the opportunity to broadly disseminate findings. Dr. Collins will also share more details about the growth of Cell Press journals in the physical and environmental sciences field, including the launch of many new titles such as Chem, Matter, Joule, and One Earth. He’ll outline Cell Press’ approach to high-demand, multi-disciplinary content, and expanding OA publishing strategies at Cell Press. Join this engaging webinar to find the answers to your 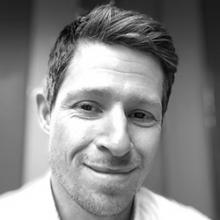 Inspired by David Attenborough documentaries as a child, Lewis has been amazed by the natural world from an early age. While undergraduate and master’s degrees in Earth science (Cardiff University), and Climate Change (University of East Anglia) nurtured this interest, it was doctoral (British Antarctic Survey) and post-doctoral (Université Pierre et Marie Curie) research on Antarctica that centered his focus on environmental change. Prior to launching One Earth, Lewis spent over 5 years with Nature Communications, where he led the Earth editorial team and curated, commissioned, handled (and occasionally rejected…) research across the full spectrum of Earth and environmental science. Lewis is particularly interested in grand challenges associated with land-use and the competing demands for this increasingly scarce resource.