Ethics and Copyright: Insights for Research Publishing from Cell Press

Within this webinar, you will gain insights from Natalie Cain, Senior Scientific Editor from Cell Press, on the publishing topics Ethics and Copyright. Learn about authoring responsibilities, post-publication issues, and strategies for publishing in high-standard and high-impact journals. 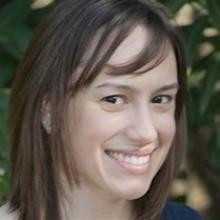 Natalie Cain received her Ph.D. in Biology from MIT, where she studied nutrient regulation of intracellular trafficking of amino acid transporters in yeast, under the mentorship of Chris Kaiser. She was an American Cancer Society postdoctoral fellow in the lab of Daniel Starr at the University of California, Davis, studying mechanisms of nuclear positioning in C. elegans. During her postdoc, she served as an editorial fellow at the AAAS journal Science Translational Medicine. She joined the Cell Reports team as a Scientific Editor in 2017.