How to publish with Nursing for Women's Health

Learn techniques and strategies to publish in Nursing for Women’s Health with editor Dr. Mary C. Brucker. You can expect to learn about developing a manuscript, strategies for getting your work accepted, and common reasons for rejection. During this webinar, Mary will elaborate on what sets Nursing for Women’s Health apart from other journals in this field and the reasons to submit your work to this premium journal. Join this engaging webinar and get an opportunity to also find answers to your questions in the Q&A session during the webinar. 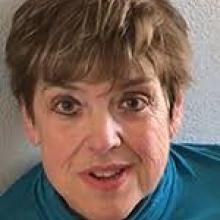 Mary C. Brucker, CNM, PhD, FACNM, FAAN has been a nurse and midwife for more than 40 years. She has practiced in both public and private arenas in Mississippi, Chicago and Dallas. She was the director of Parkland School of Nurse-Midwifery from its inception in 1989 until its closure in 2006; and later a Professor at the Baylor University Louise Herrington School of Nursing until she retired in 2013. Currently she is an Adjunct Faculty at Georgetown University. She is the Editor of AWHONN’s Nursing for Women's Health, a journal with a readership of close to 25,000 nurses. She also has written dozens of articles and book chapters that address a wide variety of midwifery and women's health topics. She is the editor of Pharmacology for Women's Health Care, which received the ANA Book of the Year Award in Maternal Child and the sixth edition of Varney’s Midwifery.