As a researcher, it can be helpful to follow debates about science and medicine in the news. But how do you know which stories should be taken seriously and which are just ‘scares’? When scientists share conflicting results, how do you judge which version is correct?

This interactive module is designed to help those starting out on their research career decipher the information presented to them. It looks at the importance of the peer review process in confirming research has been assessed as valid, significant and original. And, it reminds us that researchers should never draw firm conclusions from just one paper or set of results!

You’ll come away understanding how researchers present and judge research and how you can probe and interrogate the scientific information presented to you. 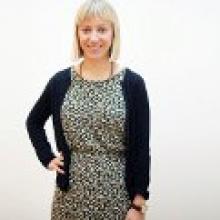 Julia is Director of Operations at Sense about Science. She oversees Sense about Science's fundraising and the planning and management of the organisation. Julia launched the Ask for Evidence campaign in Boston in February 2013 and oversaw the launch of the US version of our public guide to peer review. She previously coordinated the Voice of Young Science programme where she headed a campaign that pressured the W.H.O. to respond to the promotion of homeopathy for serious diseases in Africa, and has held many Standing up for Science media workshops in the UK and internationally including South Africa. Julia has a degree in Biology from the University of Manchester and joined the Sense about Science team in April 2009. Read Julia's articles.