The first time you publish a paper, it can feel like a journey into the unknown. In this interactive module, we guide you through the basics. We explain the journal publishing cycle and the purpose of some of the key roles.

You will learn how publishers work closely with editors and editorial boards on a whole range of tasks, including managing existing journals and launching new ones. Moreover, you will hear how publishers facilitate peer review, a process more than 90% of authors agree improves their paper. We also touch on topics like article archiving and promotion. You’ll come away with a solid understanding of each step in the publishing journey from how submissions are solicited and managed through to final publication and dissemination. 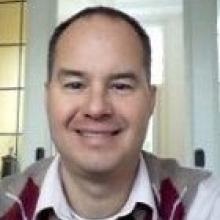 Jan Willem Wijnen obtained his PhD in organic chemistry at the Rijksuniversiteit Groningen in 1997. He was researcher at ATO-DLO (Wageningen) for a year, after which he became publishing editor chemistry at Kluwer Academic Publishers (now Springer). Later he took the position of business developer within this company. He worked as a publishing consultant and project manager for several other academic publishers and was a senior publisher at Kluwer Juridische Uitgeverij.  As executive publisher for Elsevier he manages a portfolio of 15 journals in physics and is involved in setting up new innovative academic publications.