Dr Arthur takes as the focus for improving implementation success of SDGs the need to advance research that crosses disciplinary boundaries. This has been dramatically demonstrated by the experience of the COVID-19 pandemic. Another issue brought to the fore by COVID has been the importance of assuring respect and trust of society in science. Structural barriers prevent interdisciplinary connections such as less funding and fewer journals which affects the main measure of success in science: the number of papers a researcher publishes, which is easier in single discipline than in interdisciplinary settings. It would be more profitable to focus attention on the shared interests, e.g. energy, rather than disciplines, which is particularly applicable to SDGs and cross cutting issues such as gender and diversity. To advance this a much closer cooperation is needed between all relevant actors. 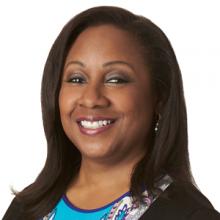 Carlotta M. Arthur, Ph.D, is Director of the Henry Luce Foundation’s Clare Boothe Luce (CBL) Program, the most significant source of private support for women in STEM higher education in the United States. In addition, she provides strategic leadership in identifying initiatives with the potential to transform U.S. STEM higher education. Prior to joining Luce in 2012, Carlotta directed the Mellon Mays Undergraduate Fellowship and Diversity Initiatives Programs at the Andrew W. Mellon Foundation.  Carlotta is an Engineer and a Psychologist, earning a B.S. in Metallurgical Engineering from Purdue University, a Ph.D. in Clinical Psychology (Psychophysiology) from the State University of New York at Stony Brook. She then completed a postdoctoral fellowship in Health Disparities at the Harvard School of Public Health. Carlotta served as an Assistant Professor at Meharry Medical College, and as an Adjunct Assistant Professor at the Dartmouth Geisel School of Medicine.  A Licensed Psychologist, she is a trustee of the Helene Fuld College of Nursing in Harlem, New York; sits on a U.S. Council on Competitiveness, National Commission on Innovation and Competitiveness Frontiers Working Group; and is a member of the Society of Women Engineers Research Advisory Committee.