Standing up for Science

Science and the media: A panel of a researcher, journalist and press officer will share their experiences of engaging with the media and the public. They will discuss why researchers should care about how evidence is used and reported on and share their advice and top tips for helping researchers to work with the media and engage with the public. Panellists: Prof Sheena Cruickshank, Professor in Biomedical Sciences and Public Engagement, University of Manchester; Kevin Fitzpatrick, Political Editor, BBC North West Tonight; Mike Addelman, News and Media Relations Officer, University of Manchester

What policymakers are looking for: This session will focus on how evidence is used in policy, how facts, values and public opinion are balanced in policymaking, how policymakers deal with a lack of good evidence, trade-offs and polarised debates, and how researchers can get involved in policy discussions. Panellists: Dr Chris Peters, Communications & Engagement Manager, Policy@Manchester; Dr Sarah Bunn, Senior Scientific Adviser, Biological Sciences & Health, Parliamentary Office of Science & Technology 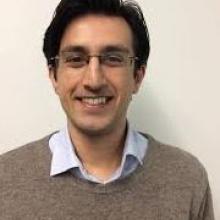 Hamid joined Sense about Science in January 2019 as the public engagement coordinator and is now senior partnerships coordinator. He heads the Voice of Young Science (VoYS) network in the UK, our unique, Europe-wide network of early career researchers (ECRs). Hamid coordinates institutional partnerships with the VoYS programme, developing new relationships and helping partner organisations to build confidence in media, policy and public engagement among their ECR communities.

Hamid is the first point of contact for the thousands of ECRs and volunteers in the network who want to stand up for science. He chairs our ‘Standing up for Science’ workshops around the country and also contributes to the VoYS programme’s twice-yearly ‘Peer Review: the nuts & bolts’ training workshops.
Through training researchers, delivering keynote conference speeches and appearing on panels, Hamid is a leading voice in discussions about how researchers can make their voices heard in public and policy debates about science, evidence and research quality.

Hamid also performs the essential role of recruiting and managing our brilliant interns and leads on facilitating the nomination and judging processes for the John Maddox Prize. Hamid has a PhD in nanoscience from the University of Southampton, where he also completed a Master’s in chemistry. 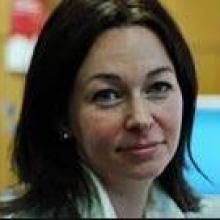 Sarah is scientific adviser in biological sciences and health at the Parliamentary Office of Science and Technology (POST) in Westminster. POST specialises in providing independent, impartial scientific briefings for MPs and Peers. The focus of much of Sarah’s work has been on biotechnology, bioethics, pharmaceuticals, vaccines and public health. Recent projects include various subjects in crime and justice, immunisation, cancer, gambling, science diplomacy, vector-borne disease and science funding.

Sarah holds a BSc in pharmacology at UCL and a PhD in neuropharmacology and biophysics at Imperial. This was followed by post-doctoral research with the pharmaceutical company Novartis, working on drug discovery programmes for novel analgesics. Sarah left research in 2005 to take a position as a scientific adviser in the office of the Chief Medical Adviser at the Department for Work and Pensions covering a variety of medical policy areas in public health and epidemiology.

This was followed by her move to Parliament in 2006 working for POST, including a stint as specialist adviser to the House of Commons Science and Technology Select Committee in 2007.

Information about our work, along with news about our projects, and all POST’s briefings are available on www.parliament.uk/post and @POST_UK. 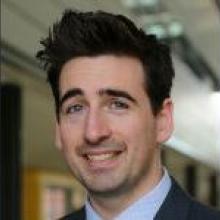 Communications & Engagement Manager at The University of Manchester

Chris heads up the operational team within Policy@Manchester, coordinating engagement with faculties and liaising with external policymakers at both regional, national and international level. Chris has previously worked at the National Assembly for Wales, the British Ecological Society, Carbon Brief and most recently, the charity Sense about Science. Before that Chris completed his PhD in plant ecophysiology at the University of Sheffield. 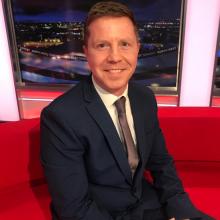 Kevin has worked as a BBC reporter, newsreader, producer and presenter for nearly 20 years. He has reported for Radio 5Live and Radio 4 and is currently a political reporter for BBC Radio Manchester and BBC North West Tonight, frequently presenting the Sunday Politics North West programme. Kevin is a former professional rugby league player who gave it all up to tell stories for a living. Lives in Oldham with his wife and three children. 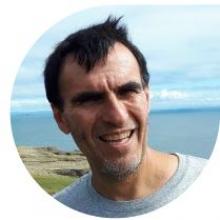 Mike Addelman is a media relations officer with responsibility for the Faculty of Biology, Medicine and Health and has been based at The University of Manchester since 2006. He is a former journalist, writing for national, regional and local titles. In his spare time he’s a keen photographer and sing in a death metal band. 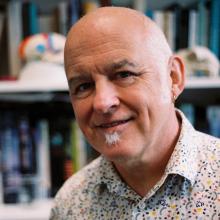 Professor of Zoology at the University of Manchester

Matthew Cobb is Professor of Zoology at the University of Manchester, where he studies the sense of smell in maggots, and the history of science. He has just published The Idea of the Brain: A History. On Twitter he is @matthewcobb where he gets cross about the lack of Covid-19 testing for NHS staff as well as tweeting pictures of insects and other animals. 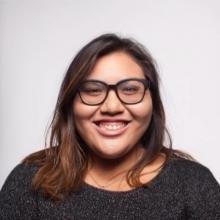 Ilaina joined the team in October 2017. Iliaina has a research Master’s in immunology from Trinity College Dublin and is trained as a bioinformatician. After a year of clicking away on her computer looking at dolphin genes, she realised she much preferred spreading the word of science over doing the science. Ilaina works on building the VoYS network in the EU and encourages early career researchers to start standing up for science.

Ilaina joined the team in October 2017. Iliaina has a research Master’s in immunology from Trinity College Dublin and is trained as a bioinformatician. After a year of clicking away on her computer looking at dolphin genes, she realised she much preferred spreading the word of science over doing the science. Ilaina works on building the VoYS network in the EU and encourages early career researchers to start standing up for science.