Prof Griggs explains the efforts to establish integrated perspectives on SDGs to take advantage of the  interactions, interdependencies, and synergies between different SDGs, which would help the policy makers to prioritise implementation action. Establishing which SDGs impact positively or negatively on other SDGs is not an easy task because it is necessary to consider all real rather than possible dependencies in relation to governance, time, technology, and geography. Integration approaches are made difficult because institutions are organised into ‘silos’, and systems are set up for competition, so interactions are difficult to manage. Furthermore, creating worthwhile partnerships carries real cost. However, it is essential if real progress is to be made. 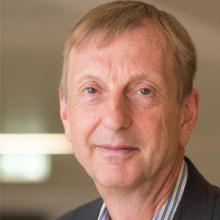 From 2016 to 2018 David established and was Director of the Warwick Institute for Global Sustainable Development. From 2007 to 2015 David was Director of the Monash Sustainability Institute (MSI) which aims to deliver solutions to key sustainability challenges. In November 2008 he established and became CEO of the newly created ClimateWorks Australia (CWA), an independent research-based non-profit organisation committed to catalysing greenhouse gas emissions reductions. Previous positions he held included UK Met Office Deputy Chief Scientist, Director of the Hadley Centre for Climate Change, and Head of the Intergovernmental Panel on Climate Change (IPCC) scientific assessment unit. He is a past vice-chair of the World Climate Research Programme. David was involved in the development of the UN Sustainable Development Goals (SDGs), representing the Science and Technology Major Group in the SDG negotiations at the UN and publishing two papers in Nature on the SDGs, one of which has received over 1500 citations.

David was awarded the Vilho Vaisala award (World Meteorological Organization) in 1992 and a 2014 WME Leaders List Award which honours individuals who have provided extraordinary environment leadership.