Prof Kim explains results from research on the effects of alcohol on women and what this means for them, policy and society. In general the alcoholism problem is more sever for women, e.g. impact on health, and they receive less support from their families and from treatment facilities. Alcohol policy should address the specific needs of women in the treatment and in rehabilitation, changing how alcohol is advertised to target women, and gain better scientific understanding of the role of metabolism and of socio cultural environment on behaviour and health. 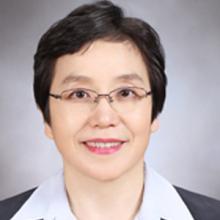 Dr. Nayoung Kim is now working as a Prof. at Seoul National University College of Medicine, South Korea. She worked at Membrane Biology Laboratory, UCLA Medical School, USA as a Research Scholar (1999-2002). Her research focuses on the sex- and -gender specific medicine, functional dyspepsia, various aspects of Helicobacter pylori, gastroesophageal reflux disease, microbiota and age dependent change of GI organ with its function. She also actively participates in the Korean Academic Society activities and worked as a deputy editor of J Neurogastroenterol Motil from Jan. 2010 till April 2015 and a Congress Chairwoman of the Korean Society of Neurogastroenterology and Motility from April 2015 till April 2017 and Executive Board Member, Academic Affairs of Korean Medical Association. She was Vice President of Korea Federation of Women Science and Technology Association (KOFWST) from Jan. 2018 till Jan. 2020, and Vice Congresswoman of Korean Society of Gastroenterology) from Nov. 2018 till Nov. 2019. She has about 200 SCI publications in the various GI areas as a first author or corresponding author and the citation number was over 10,000 times. She received Marshall Warren Lectureship Award in 2018 at APDW 2018.