Dr Karlsson introduces Elsevier as a committed actor in advancing research for SDGs in its role as a science publisher and as an information analytics company. Five experts invited by Elsevier explore this theme, and share their knowledge on the impact of disasters, especially on women, and on the gender-related effects of COVID-19. Applying a gender lens to the crisis created by the pandemic will prepare the world for better action in the future, and expand knowledge, enabling effective mitigation actions. 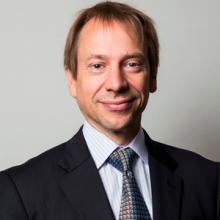 Anders Karlsson, PhD, joined Elsevier in 2012 as Vice President, Global Strategic Networks, to support Elsevier’s relations with key stakeholders in Asia-Pacific region. Before Elsevier he was for five years Counselor for Science and Innovation at the Embassy of Sweden in Tokyo, Japan, the office also being responsible for South Korea. He is a member of Elsevier’s sustainability board and is the Japan chapter Vice-Chair of the International Association of Scientific, Technical and Medical Publishers (STM). He has been part of Elsevier’s analytical work on Stem Cell Science, Brain Science, Sustainability Science, Disaster Science, Artificial Intelligence, and Gender.

Before serving as Science Counselor, he was for 10 years Professor in Quantum Photonics at the Royal Institute of Technology - KTH, Stockholm, Sweden. In year 2000 he was one of twenty researchers to receive the first Future Research Leader grant from the Swedish Foundation for Strategic Research. He also held a special research fellow position 2001-2007 with the Swedish Research Council. His work leading a consortium on quantum information technology, was awarded the EU René Descartes Research Prize in 2004. He has been Visiting Scientist at Nippon Telegraph and Communication - NTT Basic Research Labs, Stanford University as a Fulbright Visiting Scholar, École Polytechnique Paris, Zhejiang University and Senior Advisor at Osaka University. He has a Ph.D. in Electrical Engineering and a M.Sc. in Engineering Physics, both from the Royal Institute of Technology - KTH, Stockholm, Sweden.