Increasingly, funding bodies require researchers to submit a data management plan alongside their grant applications. These plans describe how data will be acquired, treated and preserved, both during and after the research project.

Good research data management has a role to play beyond funding. As well as saving researchers time and effort when running experiments, it benefits the wider scientific community, as well-organized data can be used by other researchers in their work.

In this webinar recording, produced in collaboration with Dr. Rob Hooft, Technical Coordinator of the Dutch TechCentre for Life Sciences, you will learn what a data management plan is and when you might need one. He explains why research data management is important, whatever your career stage, and helps you understand how to apply the FAIR principles (findable, accessible, interoperable, and reusable).

You’ll come away with the knowledge required to build your own research data management plan and get the most out of your data. 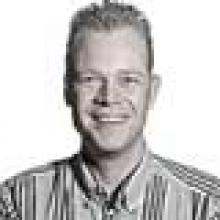 Rob Hooft was educated as a structural chemist at Utrecht University and did his PhD studies in the same lab on the subject of structure-activity relationships of sweet tasting compounds. After spending four years at the EMBL in Heidelberg where he developed tools to verify the quality of protein structures, he worked for a variety of companies developing software then managing a team. When the final firm he worked for, Bruker AXS, stopped their R&D in the Netherlands, Rob moved back to the academic world and joined the Netherlands Center for Bioinformatics, NBIC, as CTO for the service-directed program. Following a two-year excursion to the Netherlands eScience Center - where he ran the data program of the Dutch Techcenter for Life Sciences (DTL) - he joined DTL managing the Dutch tasks in the European ELIXIR infrastructure for Life Sciences data.

How to write a good Data in Brief article