Cancer is one of the leading causes of mortality worldwide, and an increasing threat in low-income and middle-income countries. In 2013 and 2015, The Lancet Oncology published two Commissions that highlighted the cancer landscape in Latin America and how it differed from more developed countries. The reports showed that funding for health care was just a small percentage of national gross domestic product and the percentage of health-care funds diverted to cancer care was even lower.

Funding, insurance coverage, numbers of doctors, health-care workers, resources, and equipment were inequitably distributed between and within Latin American countries. The Commissions emphasised the need for structural reforms in health-care systems, the need for dedicated cancer control programmes for disenfranchised populations, the importance of expanding coverage of cancer registries and cancer plans, and the effect of implementing policies to improve primary cancer prevention. In this webinar, renowned experts from Brazil, Argentina, and Spain, revisit cancer control in Latin America via a more contemporaneous lens, with a focus on the challenges surrounding academic research funding, clinical trial recruitment, big data, and wider access to the latest diagnostic technologies. 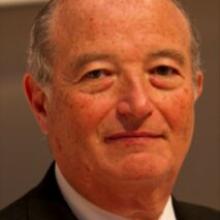 Eduardo Cazap MD, PhD, FASCO is an Argentinean medical oncologist, and Founder and first President of the Latin American & Caribbean Society of Medical Oncology (SLACOM), Past- President of the International Union against Cancer (UICC) and Emeritus Professor, Latin-American School of Oncology.

He has published over 200 papers, and became President of the UICC World Cancer Congress in 2012. He received in 2013 the Distinguished Achievement Award of the Conquer Cancer Foundation (USA) and was made a Fellow of the American Society of Clinical Oncology (FASCO). He was awarded the 2018 Harvard  Distinguished Leader Award by Harvard Medical School and is Chair of the Global Track- Annual Meeting Education Committee (ASCO) and Cochairman of the Global Policy Committee (ESMO). He is also Editor-in-Chief, Ecancer Medical Science (UK) ,Co-Editor, Global Health Section, The Oncologist (USA) and Editorial member of around twenty other International peer-reviewed Cancer Journals.

Eduardo Cazap has a vast in-country and international experience and is a regular plenary speaker, chair or moderator at global cancer and health meetings as well as part of organizing major international conferences. 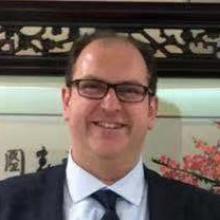 Dr David Collingridge has been Editor-in-Chief of The Lancet Oncology since March 2002 and is also the Publishing Director for The Lancet’s specialty journals. Prior to his appointments at The Lancet, he gained a PhD in Tumour Biology from the Gray Cancer Institute/University College London, UK, and held research posts in the Department of Therapeutic Radiology, Yale University, CT, USA, and in the PET Oncology Group, Imperial College School of Medicine, Hammersmith Hospital, London, UK. Dr Collingridge has won several awards for projects focused on cancer control in low-to-middle income countries; has published numerous peer-review articles, editorials, opinion pieces, and news reports; has co-authored a text book on radiobiology; and was formerly a Clinical Associate Professor of Radiation Medicine at Hofstra/Northwell Health, Lake Success, NY, USA. 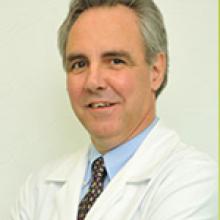 Dr. Barrios graduated from the Pontifícia Universidade Católica do Rio Grande do Sul in 1979. After training in Internal Medicine at Jackson Memorial Hospital (University of Miami, Florida) from 1982-1985, he went on to complete a Hematology and Oncology Fellowship at Barnes/Jewish Hospitals (Washington University, St. Louis, Missouri) from 1985-1988. He was a Clinical Instructor in the Department of Medicine at Washington University in 1989. He has obtained the following certifications: ECFMG (1978); VQE (1981); FLEX; Board of Medical Examiners, Florida (1985); American Board of Internal Medicine (1986); American Board of Oncology (1987); and American Board of Hematology (1988).

Dr. Barrios has been an Adjuvant Assistant Professor of the Department of Medicine at the University of Miami School of Medicine since 1990 and the local representative of the William J. Harrington Latin American Program. He has participated in many clinical trials over the last 10 years. He has numerous publications in professional medical journals and is often invited as a speaker at cancer congresses worldwide. 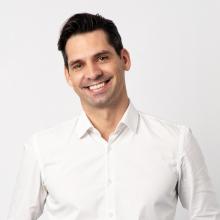 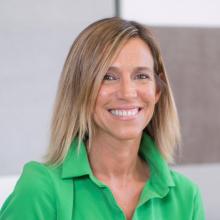 Dr Sposetti is the CEO and founder of "Un Ensayo para Mí" (A clinical trial for me), the first clinical trial search engine that matches patients with investigators in Latin America. She is also a diabetologist and principal investigator in more than 40 international clinical trials and the director and co-founder of the Clinical Research Institute in Mar del Plata, Argentina. 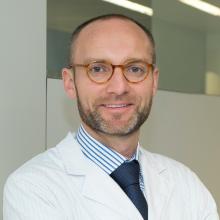 Rodrigo Dienstmann is a medical oncologist with expertise in early drug development and molecularly-guided therapies. His research is focused on integrating biomarker data with clinical outcomes to boost precision cancer therapy. After graduating in Brazil and working as a medical oncologist in the public and private sectors, he moved to the Vall d’Hebron Institute of Oncology (VHIO) in Barcelona, Spain, for training in phase I development of cancer drugs. He helped develop a molecular pre-screening strategy to match the genomic profile of each patient’s tumor to targeted agents. During his postgraduate training at the Molecular Pathology Laboratory of Massachusetts General Hospital, Boston, USA, he was responsible for standardized decision support and structured reports of next-generation sequencing tests of somatic cancer variants. He then assisted the Sage Bionetworks Computational Oncology team, Seattle, USA, in the application of big data analytics models for tumor subtyping, prognostic and predictive multi-omics markers. He then returned to the VHIO, Spain, as a clinical scientist to coordinate the Molecular Prescreening Program and Molecular Tumor Boards at the institution, as well as many real-world data studies and precision medicine trials. He also recently completed an Executive MBA program at ESADE Business School, with the aim of merging my scientific knowledge with management and leadership skills. Now, back in his home country, he is working as medical director of Oncoclínicas Precision Medicine and Big Data Initiatives, in São Paulo, Brazil. 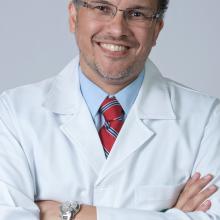 Dr. Stephen Stefani graduated from the Universidade Federal do Rio Grande do Sul Medical School, in Brazil, in 1994. He was clinically trained in Internal Medicine and Clinical Oncology at the Hospital de Clinicas de Porto Alegre and attended the University of California San Francisco, as a clinical fellow. Holding an MBA in health business, he is a professor of the postgraduate course at the Fundação Universidade UNIMED. He also serves as a regular consultant to the major private health insurance company in Brazil, with over 70 companies in his portifolio. He is Coordinator of the Oncologic Drugs Benefits Program of the CAPESESP (self-financed insurance linked to Ministry of Health) and former Coordinator of the Oncology Unit of UNIMED (with 11 million people covered). He is also a founder of the International Society of Pharmacoeconomic and Outcome Research (ISPOR) Brazilian Chapter, current president elected of the local chapter and former chair of the Latin American Consortium Advisory Committee. He works as oncologist at the Grupo OncoClinicas.