How do editors look at your paper?

When a journal editor assesses your manuscript, they aren’t just checking whether the research is interesting or advances the knowledge in that field. There are many elements they consider and taking the time to understand these, can increase your chances of getting that all important ‘yes’.

In this webinar recording, experienced Publisher Dr. Jaap van Harten walks early career researchers through crucial points to bear in mind at the preparation, submission and review stages. He stresses the importance of ensuring your manuscript is complete, accurate, and within the journal’s scope. He runs through the components a cover letter should contain, and he highlights what reviewers are checking for and how you can ensure you’ve ticked all the boxes. He also has some helpful advice to share on responding to reviewer comments.

You’ll come away with the ability to step back from your manuscript and view it through an editor’s eyes, so you can identify any areas that still need some loving care and attention… 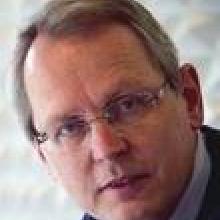 Jaap van Harten was trained as a pharmacist at Leiden University, The Netherlands, and got a PhD in clinical pharmacology in 1988. He then joined Solvay Pharmaceuticals, where he held positions in pharmacokinetics, clinical pharmacology, medical marketing, and regulatory affairs. In 2000 he moved to Excerpta Medica, Elsevier’s Medical Communications branch, where he headed the Medical Department and the Strategic Publication Planning Department. In 2004 he joined Elsevier’s Publishing organization, initially as Publisher of the genetics journals and books, and currently as Executive Publisher Pharmacology & Pharmaceutical Sciences.

Peer review - The nuts and bolts