When recruiting new members for the editorial board, an editor is likely to call on people who have served the journal well, both as a cited author and reliable reviewer. Professor Verity J. Brown knows exactly what it takes to make that career leap from reviewer to editor - she worked her way up to become Editor-in-Chief of Neuroscience & Biobehavioral Reviews. During her 15 years at the helm, she transformed it from a struggling journal to one with a double-digit Impact Factor.

In this webinar recording, she shares some helpful pointers for identifying the right target journal, and how you can become a reviewer for that title. (First tip, “no-one knows you want to be a reviewer unless you tell them”.) She highlights the importance of investing time in your review reports, and why it’s smart to volunteer for committees.  And, she unveils her secret ingredient for success!

You’ll come away with a clear vision of the ground you need to cover on your road from reviewer to editor and the confidence you need to deal with any hurdles along the way. 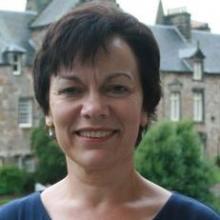 Professor Verity J Brown is the Vice-Principal (Enterprise and Engagement) of the University of St Andrews. Her academic background is behavioural neuroscience, with her main research interest being to elucidate the cognitive impairments associated with psychiatric illnesses and to identify potential pharmacological strategies to alleviate these.

Educated at University College London and the University of Cambridge, Professor Brown has been a member of staff at St Andrews since 1993. Before assuming the role of Vice-Principal, she was Provost of St Leonard’s College and, prior to that, she served as Head of the School of Psychology & Neuroscience (2000-2006 and 2011-2013). She was a Royal Society Industry Fellow (2007-12) and is a Fellow of the Royal Society of Edinburgh, the Society of Biology and the Higher Education Academy.

Peer review - The nuts and bolts

How to review manuscripts