Join Heather Van Epps, Editor-in-Chief of The Lancet Rheumatology, to learn about techniques and strategies for preparing your paper to submit to high-impact journals.

Heather will share her experiences working with researchers and authors throughout the research publishing cycle. You will learn how to develop papers for submission to publications like the Lancet family of journals.

Do not miss this engaging webinar―you are invited to join and ask any questions that you feel will benefit your research.

Don't forget to download your manuscript checklist from the resources section. 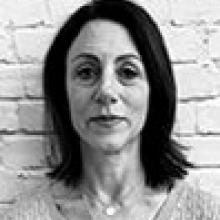 Heather obtained her PhD in immunology from the University of Massachusetts Medical Center, where she investigated human T cell responses to hantavirus infection. After her postdoctoral research in the laboratory of Eric Pamer at Memorial Sloan Kettering Cancer Center, USA, Heather embarked on an editorial career. She was an Editor at The Journal of Experimental Medicine for more than a decade before joining The Lancet Diabetes & Endocrinology as Deputy Editor in 2015. She later served as Deputy Editor for The Lancet Gastroenterology & Hepatology before becoming the inaugural Editor-in-Chief for The Lancet Rheumatology in 2019.