Authoring in The Lancet — Learn from the Editors!

Join John McConnell, Editor-in-Chief of The Lancet Infectious Diseases to learn about techniques and strategies for authoring in high-impact journals. Mr. McConnell will present his experience working with researchers and authors throughout the research publishing cycle. You will learn how to develop papers for premium publications, and how to broadly disseminate findings. Do not miss this engaging webinar, join and ask any questions that you feel will benefit your research! 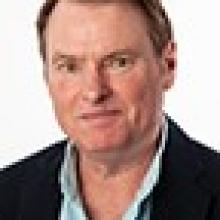 John McConnell is the Editor-in-Chief. He studied clinical microbiology and parasitology at the University of East London, before spending 6 years researching septic-shock-related topics at the Royal Postgraduate Medical School, Hammersmith Hospital, London (now part of Imperial College London). He joined The Lancet in 1990, and was a peer-review editor before becoming the first editor of the journal’s website in 1996. In 2001, John McConnell was the founding editor of The Lancet Infectious Diseases. He has been a member of the organising committee of numerous conferences, and has appeared as an expert commentator on BBC, ITV, Channel 4, Sky News, Al Jazeera, CNBC, CNN, and CCTV America.